Unretirement is when retirees, or people close to retire, opt to continue to be part of the workforce. The circumstances behind this decision vary, and depend on the person’s financial, mental, physical or even social status. For companies, unretirement would obviously be the decision to hire an employee who is of retirement age. As with the reasons individuals who have retired choose to re-enter the workforce, the decision by companies to hire a retiree differ, depending on the situation and what that company’s needs are.

Traditionally, retirement was seen as a desirable outcome for everyone who has been part of the workforce. From the rank and filers to top level executives, retirement was seen as a chance to finally step away — permanently — from the hustle and bustle (and stress!) of working day in and day out, and finally having more time to devote to other things like family, hobbies, philanthropy, and other passions that would have supposedly had to be relegated to the back-burner because of one’s job or career.

But in recent years, the phenomenon of unretirement has become more and more prevalent in many societies around the world. In the United States alone, around 20% of employees who are considered to be in retirement age are still in the workforce, according to a study released by United Income. The percentage is double than the same figure in 1985. Furthermore, another research paper from Harvard Medical School economist Nicole Maestas says that roughly 50% of retirees do not fully retire and instead, pursue either only partial retirement or unretirement, and at least 26% of retirees eventually decide to unretire.

A redefined definition of retirement

The film “The Intern” is a perfect mainstream illustration of the concept of unretirement. Released in 2015, the Nancy Meyers film, which stars Anne Hathaway and Robert De Niro, tells of the story of Ben Whittaker. De Niro, who plays Whittaker, is a 70-year old retiree and former executive of a yellow pages company. In the film, Whittaker grows bored of retirement life and decides to apply as an intern to a successful start up company run by Anne Hathaway. Besides being a great general look at unretirement, the film also highlights the concept of reverse mentoring, which in many cases, is a concept that is closely related to unretirement.

The traditional view of retirement was that one goes to school, finds a job and goes to work, and at the end of it, retire and finally pursue full-time leisure. But the reality is that due to a vast variety of reasons, society is redefining what it means to retire. Research from RAND now sees retirement as a “fluid” concept, where many retirees move in and out of the workforce. The degrees to which unretires re-enter the workforce also differ, depending on many factors. For example, those who decide to continue working due to financial reasons will likely spend more hours working and will continue to seek as much working time as possible. As opposed to people who decide to try other careers or reskill to enjoy a more meaningful (at least for them) line of work, the hours may not be the same and salary and / or working hours are not that big of a deal for them.

As we mentioned earlier, there are many reasons people choose to unretire. Since retirement today is considered a fluid state, it follows that the reasons behind that decision can vary and be very subjective.

In Korea, a relatively young and poor public pension system prompt many seniors to continue working. Especially since may companies openly practice patronage politics and nepotism, many older employees are forced to give way to younger, more eager employees who covet rare executive positions. Many change jobs and take menial work for much less pay. The same is true in Singapore, where many seniors, after the usual career in corporate offices, often find jobs as cleaners and janitors after they retire.

For some others, the financial difficulty stems from poorly planned retirement, where they find that they do not have enough saved up to support being completely out of the workforce.

Sue Ellen King, a 38-year veteran critical care nurse, told The New York Times that her retirement only lasted three months. She and her husband had already paid off their mortgage and fully invested in her hospital’s 401K plan. But she immediately jumped at the opportunity to go back to being a nurse when her replacement needed to go on maternity leave.

She calls herself a “failed retiree”, finding that her plans of eating lunch with friends, organizing recipes and photos, and taking vacations was much less stimulating than she anticipated. “I’d done all the preparation, except to really think about what life was going to be like,” she told the publication.

Many retirees share King’s predicament. While they do not need the financial benefits of continuing to work, many miss the routine and the stimulation they experienced when they were still working. Many express frustration with the feeling of “just sitting around” and doing mundane things. Like Tim Franson, who, after retiring after serving as a top executive of a drug company for 20 years, told USA Today that he “went crazy” after the first month of retirement. He now works less hours, but continues to be a significant consultant in the drug industry and sits on the boards of several profit and non-profit organizations. “I’m not good at sitting around,” he said.

Other people who unretire do so because they want to keep making a difference. When Thana Christian retired at 63, she told The New York Times that she was burned out from her job as a social worker. She found herself lonely during the first 18 months of her retirement, where she did a variety of activities like biking and art classes. But she realized that she missed social work and ended up becoming an on-call social worker for a medical provider who reports to work twice a week. Now she says her job “doesn’t feel like work,” and said that social work was simply “who I was.”

The same goes for Robert Roy, who spoke to the Financial Times. When he retired at 69, he said that he felt he needed a break after serving at a rewarding position as a chief executive of a non-profit organization that handled family services issues. But after awhile, he said that he asked himself things like, “What is my purpose in life?” He added, “You went to work, your day was defined. You remove that, all of a sudden, what did you replace with it? What’s next? What do I do?” So he unretired, and now works part-time at the mental health services arm of a medical center and also provides consultation for family services-based non-profit organizations.

In the same vein, others still value the work they do / did, but want more time to devote to more meaningful things, like family. In a Forbes article, retired police officer and former lawyer Richard Corriea said that he loved his job but wanted a better work-life balance. Now, he’s reentered the workforce on several fronts — as a teacher at the University of San Francisco, where he teaches one class every year; an employee for a national consulting firm that tackles issues on leadership and business development; and as a volunteer legal worker for California Crisis Intervention Training Association, a non-profit organization.

The benefits of unretirement

While many may view unretirement as a negative thing, there really is much more to it than meets they eye, and many of it is positive.

It’s actually good for the economy.

On a macro level, unretirement can actually be beneficial to the economy. Many millennials and GenXers are opting to enter the workforce later in their lives for a variety of reasons, and weakening population growth in many countries have created a problem where there is a shortage of qualified workers for many jobs across all industries. The United States Bureau of Labor Statistics released data that projected that the labor force participation rate for all workers (age 16 and over) will likely go down to 61.0% by 2026.

While many developed countries somewhat offset this through migrant work (which in itself is already a very controversial subject in itself), the processes involved take a significant amount of time before they are completed, and no short-term solutions really exist. Unretirement, however, allows skilled and qualified workers to stay in their respective companies and industries, contributing to that organization’s growth and development and in turn being a stronger and more active participant in the economy. Furthermore, unretirement strengthens the pension / Social Security system, as older workers instead continue to contribute to the fund and make it stronger, instead of taking out retirement / pension payments.

Skills are retained and better passed along.

Especially in this day and age, a worker’s skill set and experience is virtually priceless. Letting older workers stay on allow them to continue to harness that experience and apply their skills to the benefit of the company they belong to. As a side benefit, younger employees have the opportunity learn more, as older workers will be readily on-hand to train younger workers so that they can better understand and learn the ropes before they are thrust in to replace these outgoing skilled workers.

It fights ageism in the workplace.

For many companies, ageism — which is basically discrimination against older workers — is an issue. But supporting unretirement programs and unretires will help people see the true value older employees bring to the organization. It diversifies companies and builds bridges, allowing for stronger cooperation and collaboration (as it also ties into the concept of reverse mentoring), which often leads to a stronger culture of innovation and development in the company.

There are also health benefits to unretirement, as older people who continue to work keep their minds more active, which can be a deterrent for illnesses like Alzheimer’s or dementia. Research shows that the risk for dementia is cut down by 3.2% for every year retirees spend continuing to work.

The perfect complement to unretirement

The perfect thing that supports, enhances and complements companies that support unretirement is the right project management software. These tools, such as those provided by Runrun.it, help foster a culture of collaboration and cooperation across all teams and individuals in the organization — unretirees included. Mentees and mentors will have a much easier time communicating and coordinating various matters. The leads to greater efficiency, allowing everyone more time to devote to tasks and also help them have access to resources to help them see tasks and projects completed not only on time, but in the best and highest quality possible.

Runrun.it’s pioneering and innovative software is customizable and can be readily adjusted to fit an organization’s particular needs, thus reducing bottlenecks in the workflow, giving managers and leaders much more data to make better and informed decisions, and creates a more transparent and streamlined communication process all throughout the organization. To see how Runrun.it can work for you, check out the free trial here. 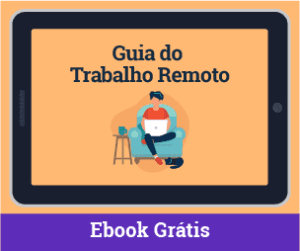