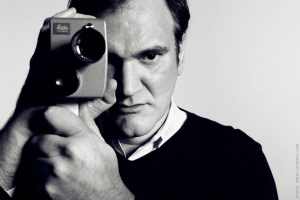 Oh yeah! The site Entrepreneur recently spoke with Professors Robert J. Thompson of Syracuse University and Todd Dewett of Wright State University, who are big fans of the director of Django, Kill Bill and Inglourious Basterds. They believe there is a lot managers could learn from Tarantino:

1) Go after the best training to get he job done.

The character “The Bride” played by Uma Thurman in Kill Bill 1 & 2 is the one actually willing to “kill bill”. She enters an ultra martial arts training with Master Pai Mei. Do you remember ” It’s the wood that should fear your hand, not the other way around “?

While most directors bet on a major star for his films, Tarantino prefers actors who work well together, making the end result far superior.

Tarantino spend years polishing dialogue, choosing actors, hitting the soundtrack and invests heavily to make his few movies awesome. Instead of embarking on a project after another without much reflection.

And you? Have you learned something from Tarantino?

From boss to leader, try http://runrun.it